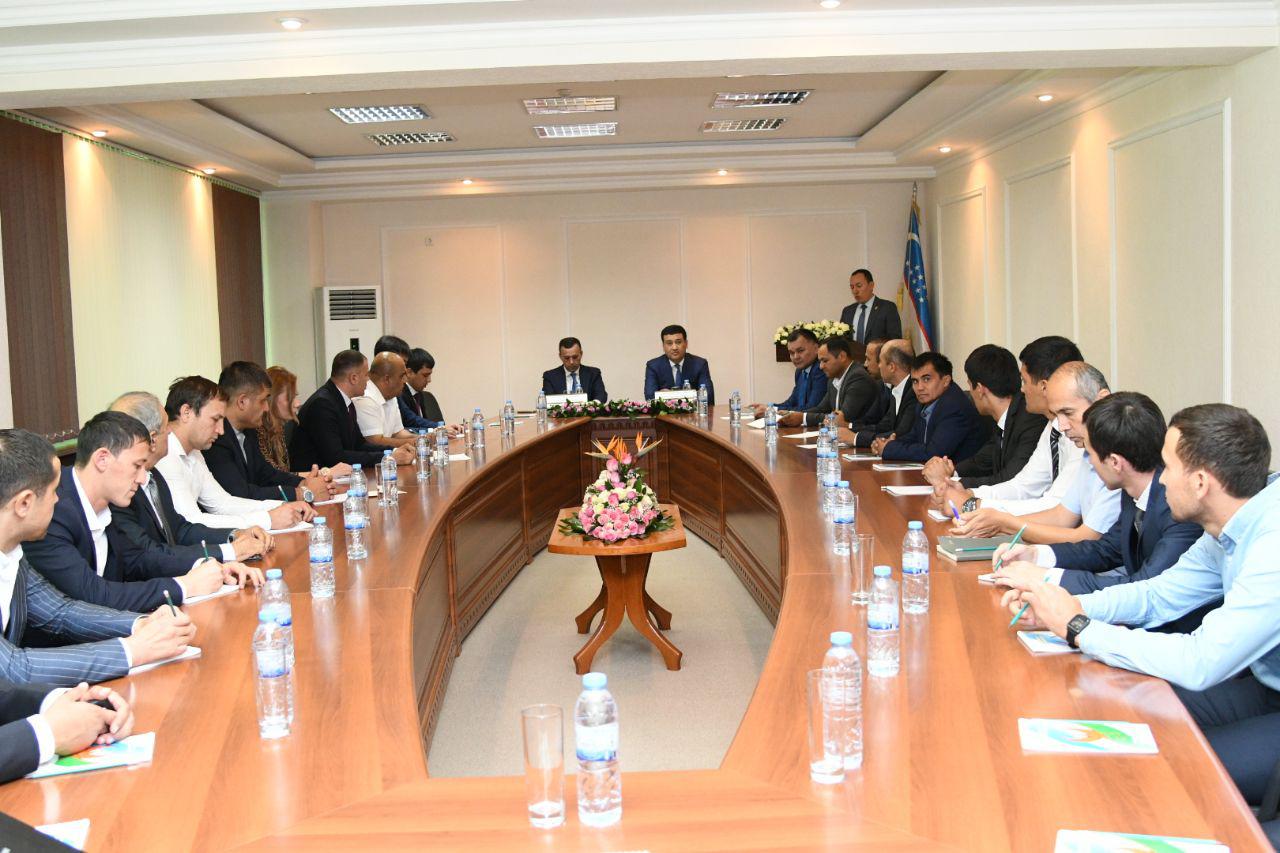 An extraordinary report-election conference was held on October 4 at the WTF Taekwondo Association of Uzbekistan.

The meeting was attended by the president of the National Olympic Committee of Uzbekistan Umid Ahmadjonov, members of the Association Executive Committee, heads of regional associations of the association, referees, coaches and members of the national team.

The main issue on the agenda was the election of a new leader. Ahmadjon Amindzhanovich Rakhimov has been nominated for this post. They supported the nominated candidate and, in the end, Ahmadjon Rakhimov was elected as the chairman of the WTF Taekwondo Association of Uzbekistan.

Speaking at the conference, the President of the National Olympic Committee, Umid Ahmadjonov, said that taekwondo is a growing sport in our country, and that together we can achieve even greater success.

The newly elected leader also said that it is necessary to work together and raise the fame of the country.

Ahmadjon Rakhimov was born in 1975. He graduated from Tashkent State University of Economics. He is married. He has five children.

It is important to note that the new leadership faces a difficult task. That is, it is necessary to further develop and popularize taekwondo in Uzbekistan, properly prepare athletes for prestigious competitions and ensure successful participation.

The National Olympic Committee wishes success to the new leadership of the WTF Taekwondo Association in Uzbekistan.