The participants of the Youth Olympics have returned to Uzbekistan 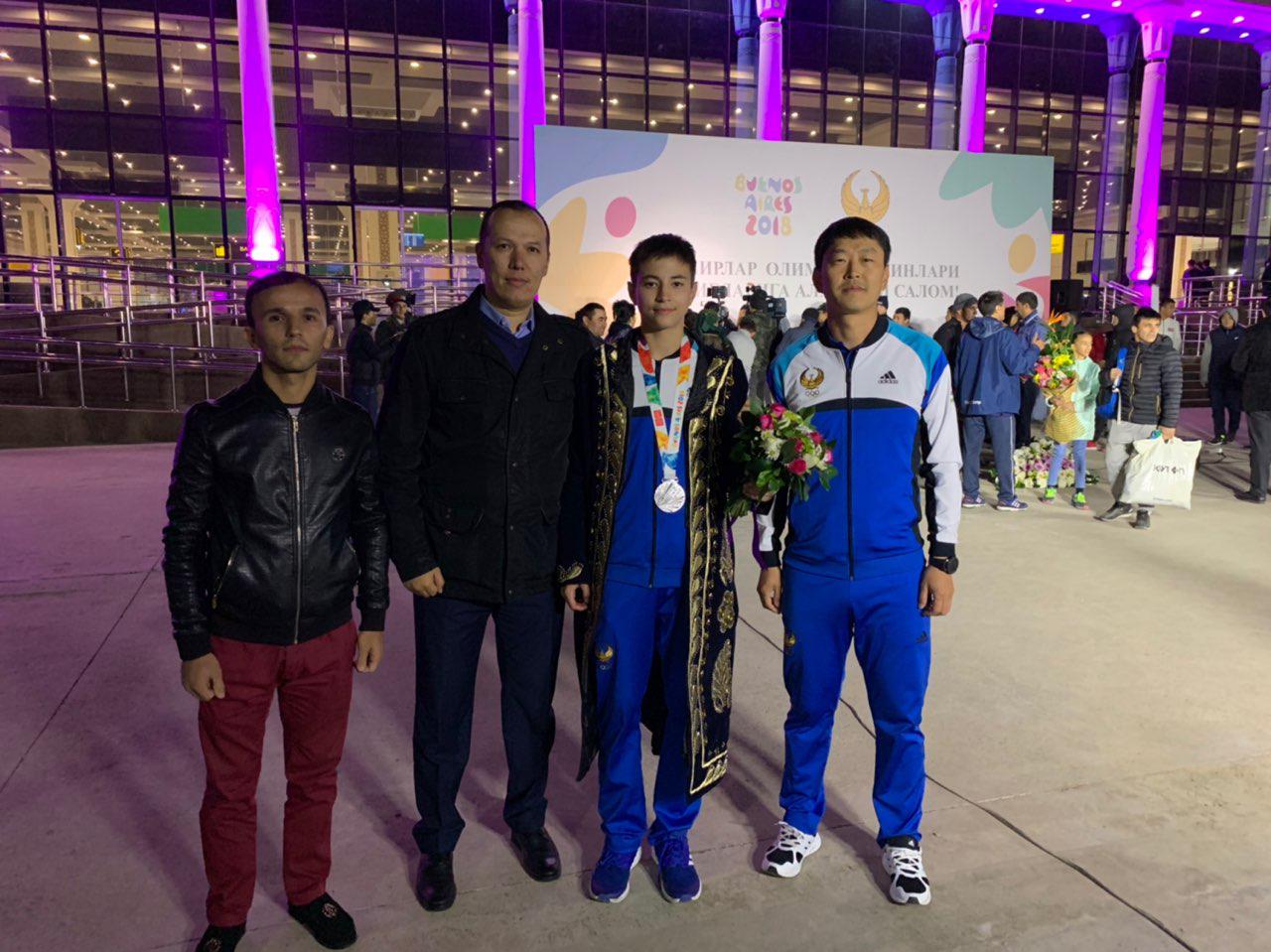 As you know, on October 6-18 in Buenos Aires (Argentina) the III Summer Youth Olympic Games took place.
This “small Olympics” is more successful for young Uzbek athletes than ever before. As a result of the games our compatriots won 16 medals in total. Five of them are gold, 4 are silver and 7 are bronze medals. We are ranked 13th out of 206 countries in terms of medal quality.
Tonight our athletes participating in this competition returned to our country. They were greeted at the Tashkent International Airport. The ceremony was attended by Presidential Advisor Abdujabbor Abduvohidov, President of the National Olympic Committee Umid Ahmadjonov, Minister of Physical Education and Sport Dilmurod Nabiev, relatives of the athletes, fans and media.

Speaking at the event, Presidential Advisor Abdujabbor Abduvohidov congratulated the young athletes who successfully participated in the competition. He noted that the attention being paid in our country to the sport gives its results. He thanked the athletes and coaches for their achievements.

Then silver medalists of the Argentine Olympics Kumush Fayzullaeva and Umid Jalolov thanked the President for the created conditions and opportunities. They promised to take a worthy part in the next important competitions. Parents of our athletes also expressed their sincere wishes.

It is worth noting that Uzbekistan has broken its own record in these games. For comparison, our athletes won 10 medals at the Nanjing Junior Olympics four years ago. In the current tournament, our compatriots won 16 medals and showed the best result for the country.

The National Olympic Committee congratulates all of our athletes, their coaches and sports federation on this success and wishes them to continue this triumphant procession at the prestigious competitions.