Prize-winners of rating tournament on Taekwondo were met in Tashkent 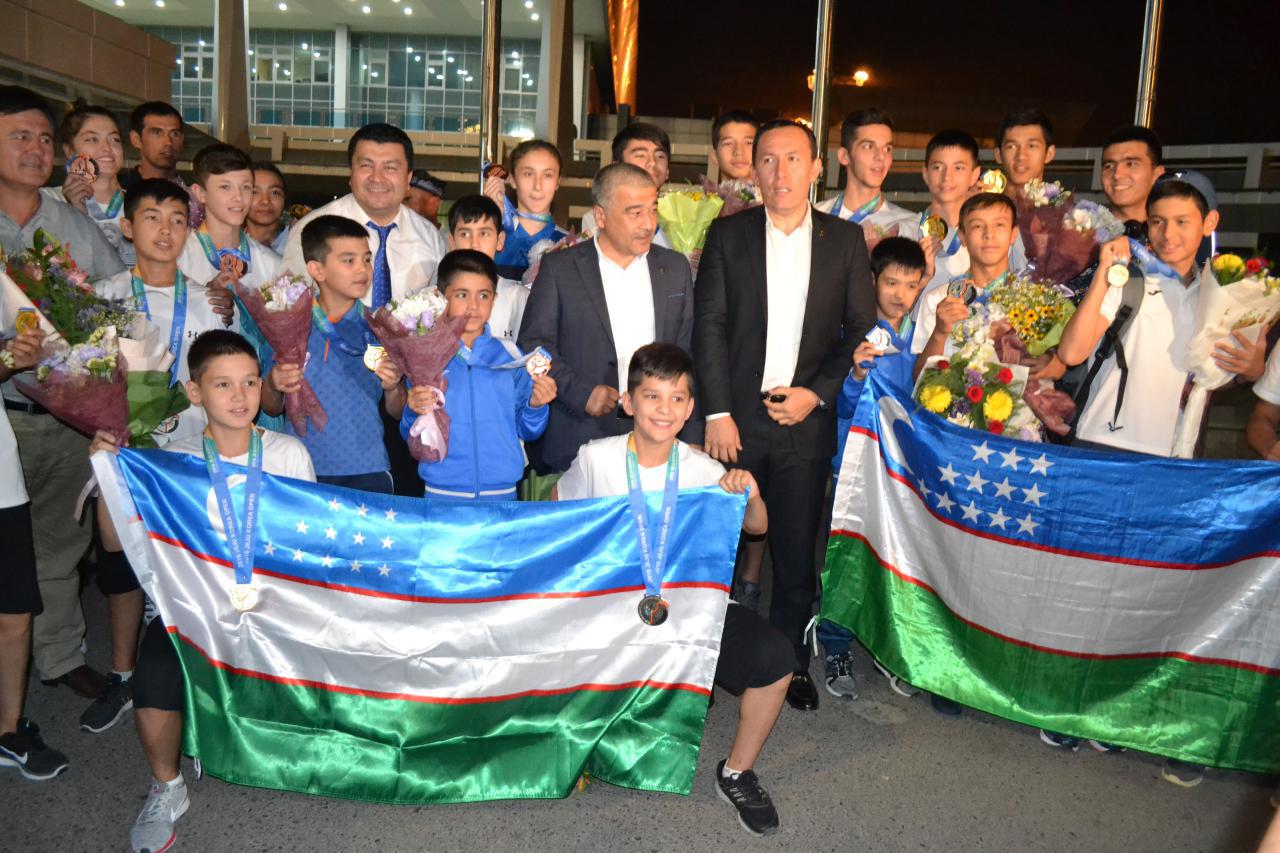 As it was reported, our taekwondo athletes have successfully participated in the “Korea Open” competition held in Jeju, South Korea. Our compatriots won 22 medals at this tournament.

Today our team members returned to our country. They were welcomed at the Tashkent International Airport named after Islam Karimov by representatives of the National Olympic Committee of Uzbekistan and the Association of Taekwondo WTF, athletes’ relatives and media.

Ulugbek Rashidov (Gold Medal): “The competition was important for accumulating points. The points accumulated there will be used in regular tournaments. It also plays an important role in obtaining the Olympic ticket.

During the tournament I had four fights and won all of them and won a gold medal.

The most difficult battle? In the quarter-finals it was difficult to beat Thai rivals. I defeated him 17:14.

Now I want to win the first place in the Youth Olympics. ”

Recall that the list of Uzbek athletes, who won the competition, is as follows: 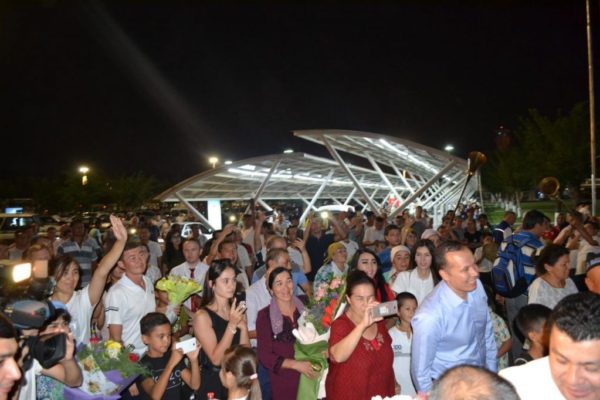 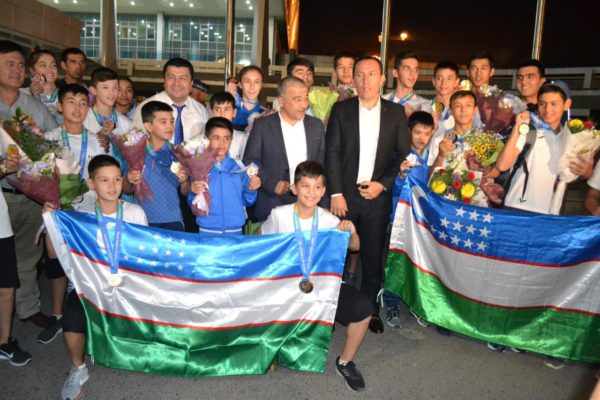 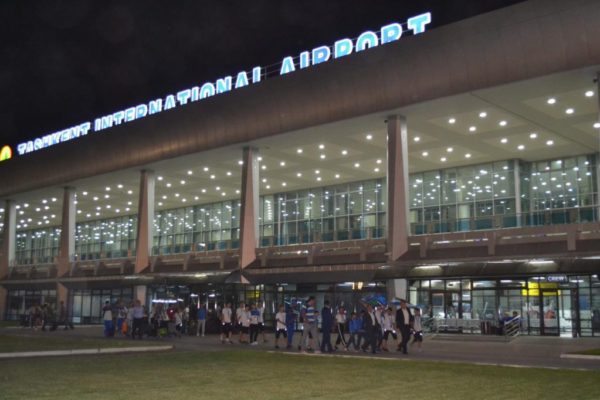 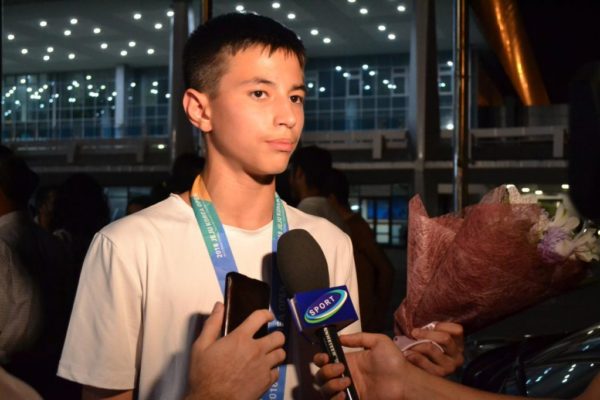